During the 2008 Recession we saw our fair share of failing businesses, imploding real estate projects and faltering financial institutions. United Commercial Bank (UCB) was one of many banks that went insolvent during this tumultuous era. .

In 2009, there was limited market for occupancy and the sky seemed to be falling. With the odds stacked against us, Equistone Partners believed a market could be created to drive tenants to occupy a Class B property in Oakland amid this challenging time.

A Building with History 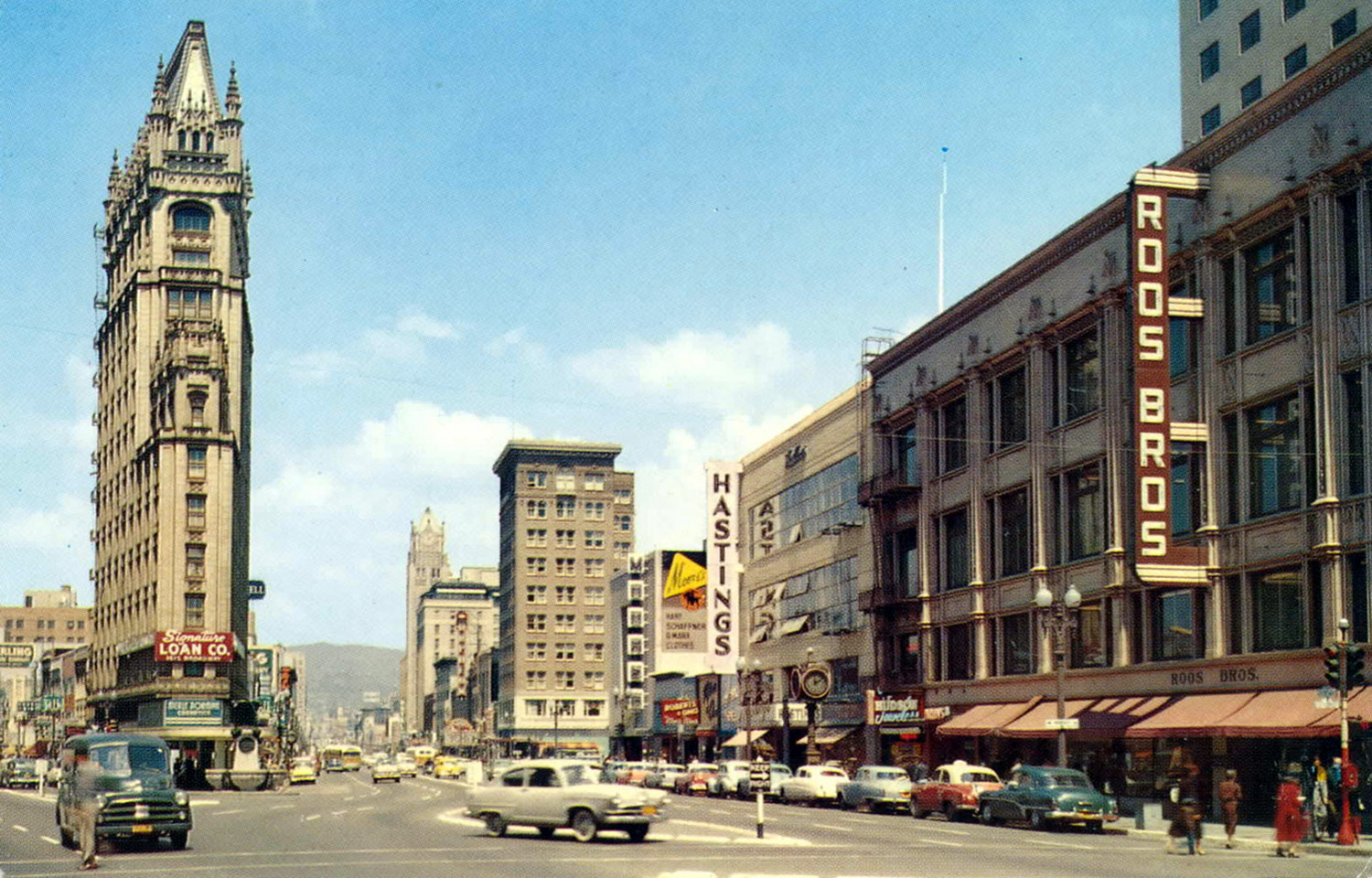 1500 Broadway is an iconic building with a storied history. It was originally built in the early 1920s as the home of The Roos Brothers department store. This classic building was eventually converted from a showroom to office space in the 1970s.

A local developer purchased the building in the late 1990s and had plans to connect the adjacent building together, along with a hotel. After excavating the space under the building for a subterranean garage the market took another dip during the dotcom bust of 1999. 1500 Broadway slowly began to show its unmaintained age.

The building facade was dirty and unkempt, but Equistone Partners looked beyond the exterior issues and discovered a structure rich with history, classic architecture and a world of potential. Our plan was to utilize its exceptional location, directly across the San Francisco Bay Bridge in downtown Oakland, and market it to a new wave of innovative companies. 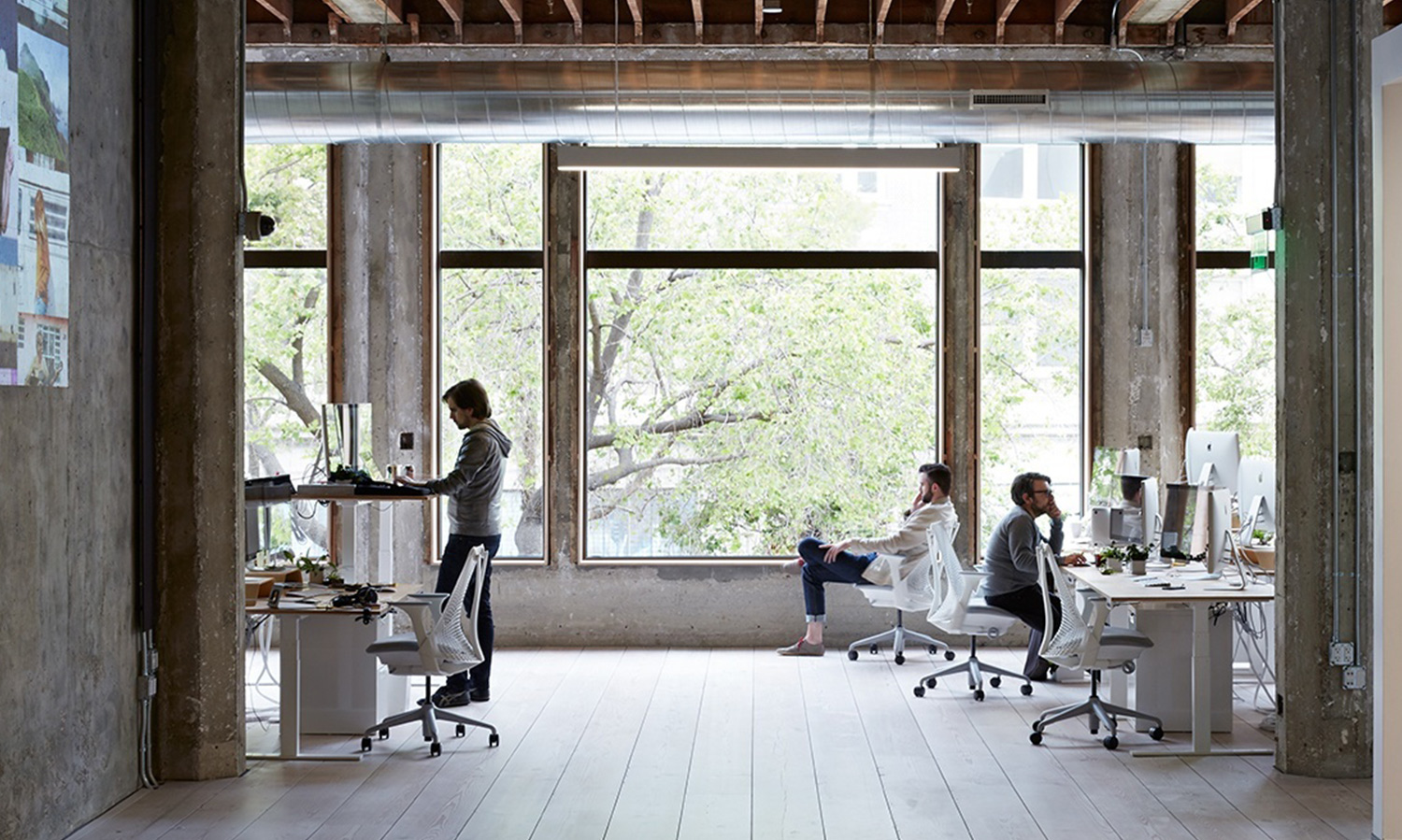 To reinvigorate 1500 Broadway, Equistone Partners rebranded it as the “Gateway to Oakland and Uptown,” which included a business plan to drive value. It became the new alternative to run-of-the-mill Class A high-rise space, with exposed ceilings and historic architectural appeal. We introduced a different product that attracted tenancy, similar to San Francisco’s South of Market office conversions during the dotcom era.

Equistone Partners placed the property under contract and promptly engaged one of our affiliate partners to assist with raising equity. Our plan was to remove years of drywall and drop ceilings, to expose the bare concrete and spectacular natural wood, in order to create an open and minimalistic layout in this majestic building.

Equistone Partners worked with the founder of VSCO, architect and general contractor. Together we created a hip and cool tech space where employees would be excited to come to work. The concrete was exposed and the floors were updated using reclaimed wide plank hardwood, similar to San Francisco’s MOMA building. This created a rustic ambiance featuring natural material, metal and glass housed in a sleek and modern design.

The mezzanine and 2nd floors were connected, and the original ceilings were exposed and restored back to their original height, reminiscent of when the Roos Brothers first occupied the property in the mid-1920s. 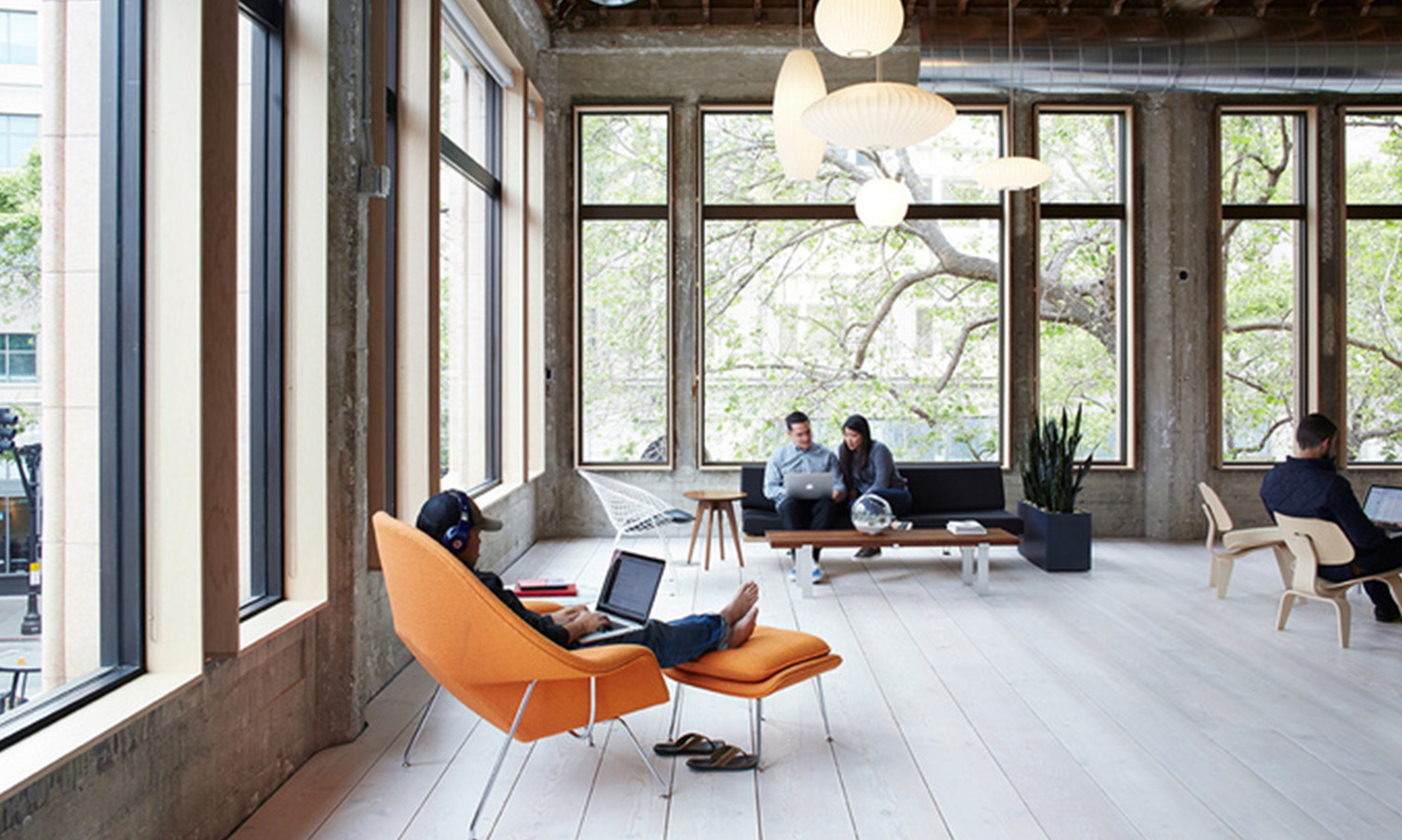 Far from the top of the market in 2016, we decided to sell the asset to lock in a return for our investors. A local real estate entrepreneur saw the value that was created and following a flurry of competitive bids the building sold. The sale of 1500 Broadway returned a multiple of equity six times over the initial investment, returning $21.67 million to investors at an internal rate of return of 56.83%.

In 2014, prior to the building’s sale in 2016, 1500 Broadway won the East Bay Real Estate Deal of the Year award for design and deal execution. The investors had faith in Equistone Partners and our vision for the property. They were handsomely rewarded with an award-winning building and double-digit returns. 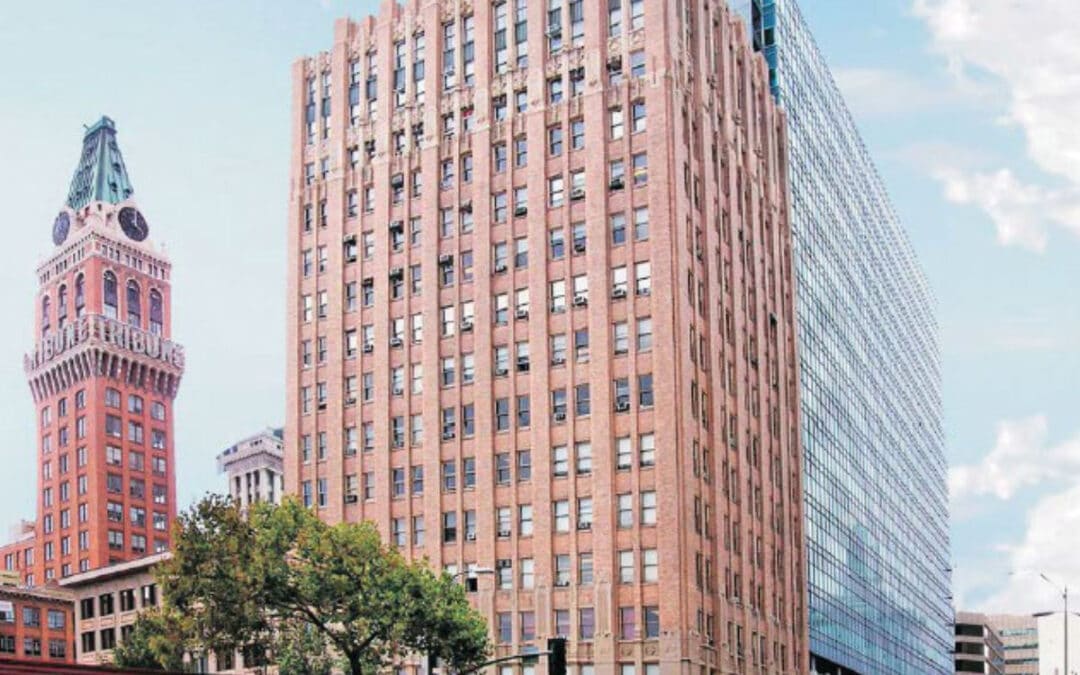 405 14th St. is a historic structure in an excellent location, adjacent to the Bay Area Rapid Transit (BART) and Oakland’s city center. The building, which dates back to the 1930s, was purchased in the mid-1980s by a real estate entrepreneur from San Francisco. At the time, downtown Oakland was overlooked and neglected in comparison to San Francisco, its larger and more sophisticated neighbor across the bay. 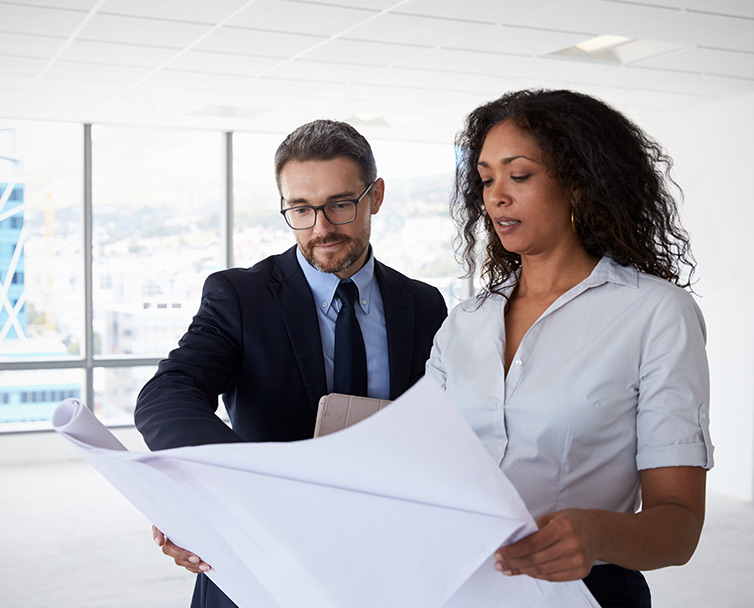 405 15th St. had an eclectic mix of tenancy. One such tenant was the Mayflower Foundation, which possessed hard copy books and records dating back to the formation of our nation, as well as documents highlighting the migration of immigrants to the United States. Various non-profits utilized the building in addition to attorneys and small professional service companies. The space boasted vintage 1930s wainscoting on the walls with large conference rooms and common areas reminiscent of a “Mad Men” ’50s aesthetic. The building was completely tied to its era with original marble lobbies and mail chutes on every floor.

Mr. Brad Lampley purchased the building in the early 1980s. After writing a successful real estate book and flipping many single-family homes and multi-unit buildings in San Francisco, Mr. Lampley set his sights on developing an Oakland presence. He discovered an opportunity in a run down and neglected building with a lot of character with close proximity to downtown.

He employed an in-house real estate manager, who was personable and kept the building leased for over two decades through multiple real estate cycles. Brad’s cost basis in the building was low. He often stretched to make below market deals, which served him well through a few recessions. However, it did not create the long-term economic and financeable value you can obtain through longer leases. If you could pay the rent, you could occupy the building. No credit, no problem. An exceedingly high percentage of the building’s occupancy was consistently behind or devoid of rental payments, while the property was nearly 100% fully leased. The asset would have to be repositioned to command top dollar in the market. 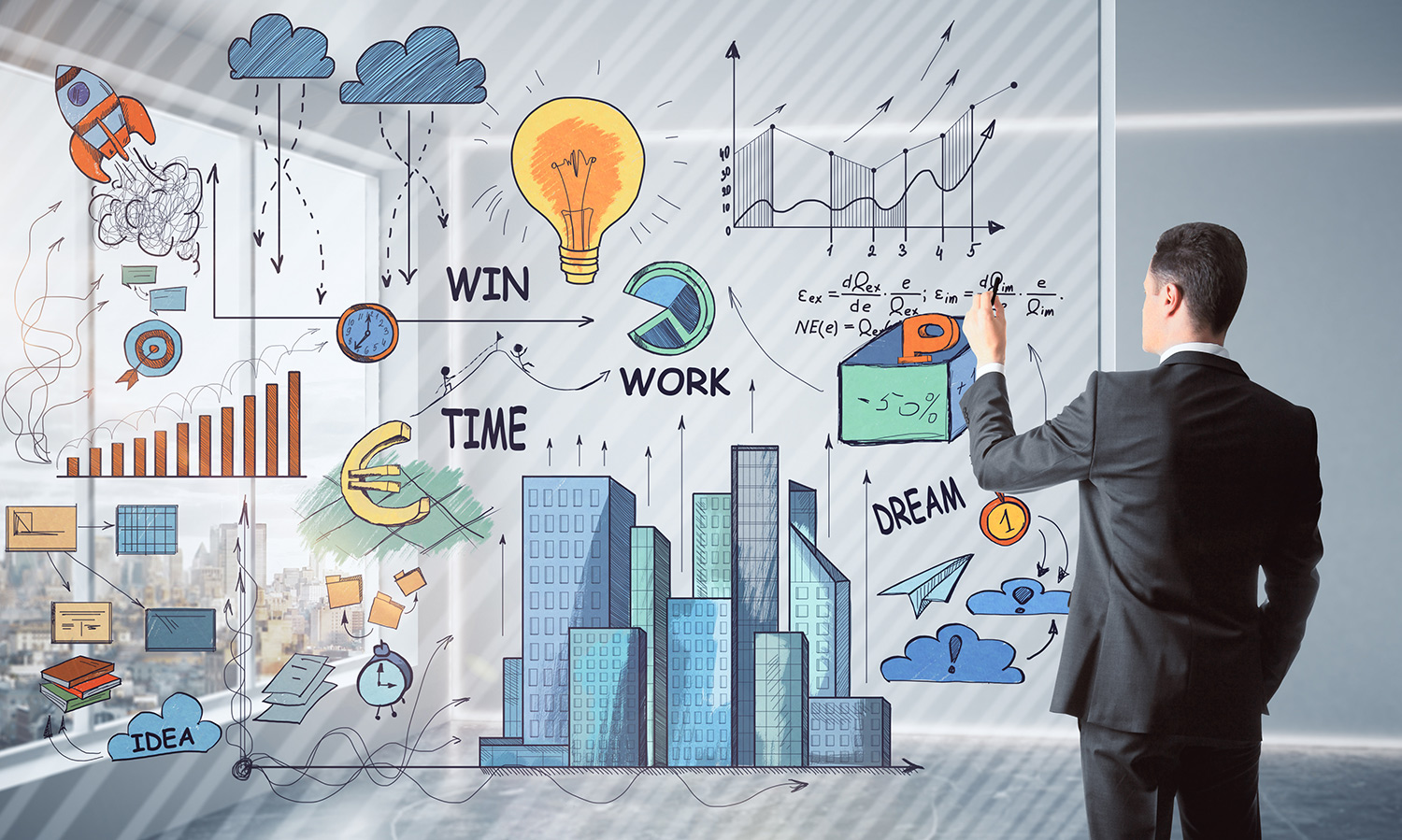 Equistone Partners approached Mr. Lampley in 2013 when he was in his mid-70s. Brad no longer had his in-house leasing real estate manager employed and Equistone Partners wanted to help his real estate thrive again. This office building was one of his last large commercial real estate assets in his portfolio. His goal was to simplify his life and move out of San Francisco to the Santa Rosa wine country. Mr. Lampley had great real estate, but it was run like a family business without an institutional approach. Extracting the best price would require professional management and leasing with a stable tenant base, showing a potential buyer value through a reliable income stream.

Mr. Lampley had little debt on the property and paid for improvements out of pocket. He often provided lower rent deals or free rent, in some cases, when tenants were willing to deal without upgrades or improvements to the space. He applied the same strategy to his common corridor maintenance, building upgrades and renovations. Through the years, the building became out of date and out of touch in comparison to its competitors. When Brad’s in-house leasing agent retired, tenants started moving out to buildings that provided better amenities.

Equistone Partners listened and formulated a proposal. Our two-year plan would position the property to command the highest possible price to achieve Mr. Lampley’s financial goals. The building would be professionally run to attract institutional and high net worth family office buyers.

Equistone Partners interviewed many qualified candidates before partnering with a local property management firm that would run the building to our high standards. We improved the books, the property management and led the leasing efforts, all while reducing turnover.

Equistone Partners brought the property to market and set the high-water mark for a Class B office in downtown Oakland at the time. An out-of-state buyer purchased the building and Mr. Lampley achieved his retirement goal. He was ready to embark on his new life in Santa Rosa with a $20+ million check in his pocket. 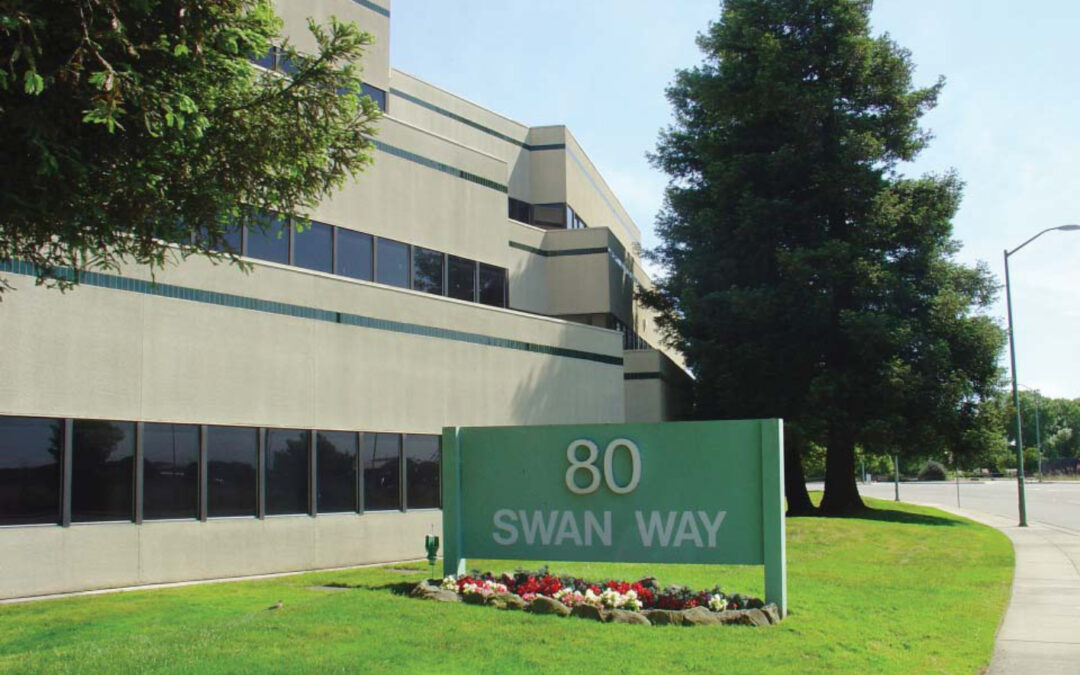 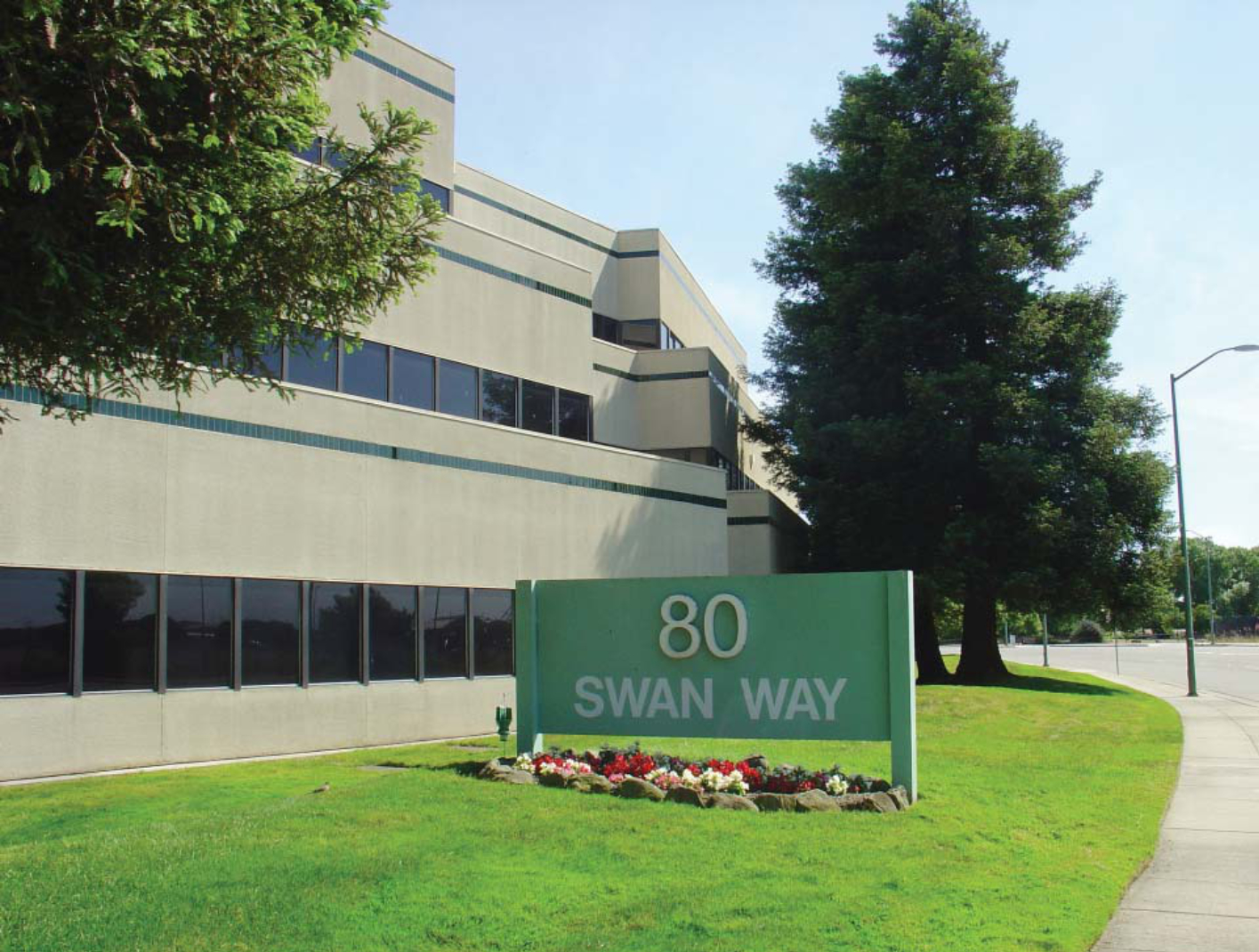 80 Swan Way in Oakland, California is an example of that coveted acquisition in the real estate cycle where a property is acquired for a fraction of replacement cost, due to external economic factors.

Back in 2009, when the financial cycle bottomed out, many buildings were in default on their loans. A 1980s office building at 70% vacancy in the Oakland airport market went to auction on the courthouse steps along with a variety of residential homes. Thankfully our competitors on hand were looking to acquire homes, not an office building.

Equistone Partners focused its sites on the 50,000 square foot office building. We were familiar with the market and had a strong plan of attack to lease up the vacant space and reposition the asset in the market.

80 Swan Way was formerly occupied by Southwest Airlines and the highly desirable top floor was occupied by a regional accounting firm. Historically the neighboring areas of the building, located close to the Oakland Airport, experienced spill over demand from downtown Oakland. Southwest Airlines downsized in the area and left a large vacancy due to the economic downturn. The Oakland Airport market was experiencing a reverse migration back to the central business district. A flight to higher quality buildings began to take its toll on the area.

Equistone Partners forged a relationship with the main principals of the accounting firm located at 80 Sway Way, prior to it going to auction. Representation was secured to assist with the evaluation of a lease renewal or relocation within the building regardless of the auction’s outcome. An offer to acquire the property with the accounting firm in partnership was offered and considered as an option. The firm was disappointed with the former ownership’s lack of attention to the structure. The building owner defaulted on the loan, which lead to receivership and the eventual sale of the property. The firm’s lease would expire in four years, further impacting any future owner of the real estate. 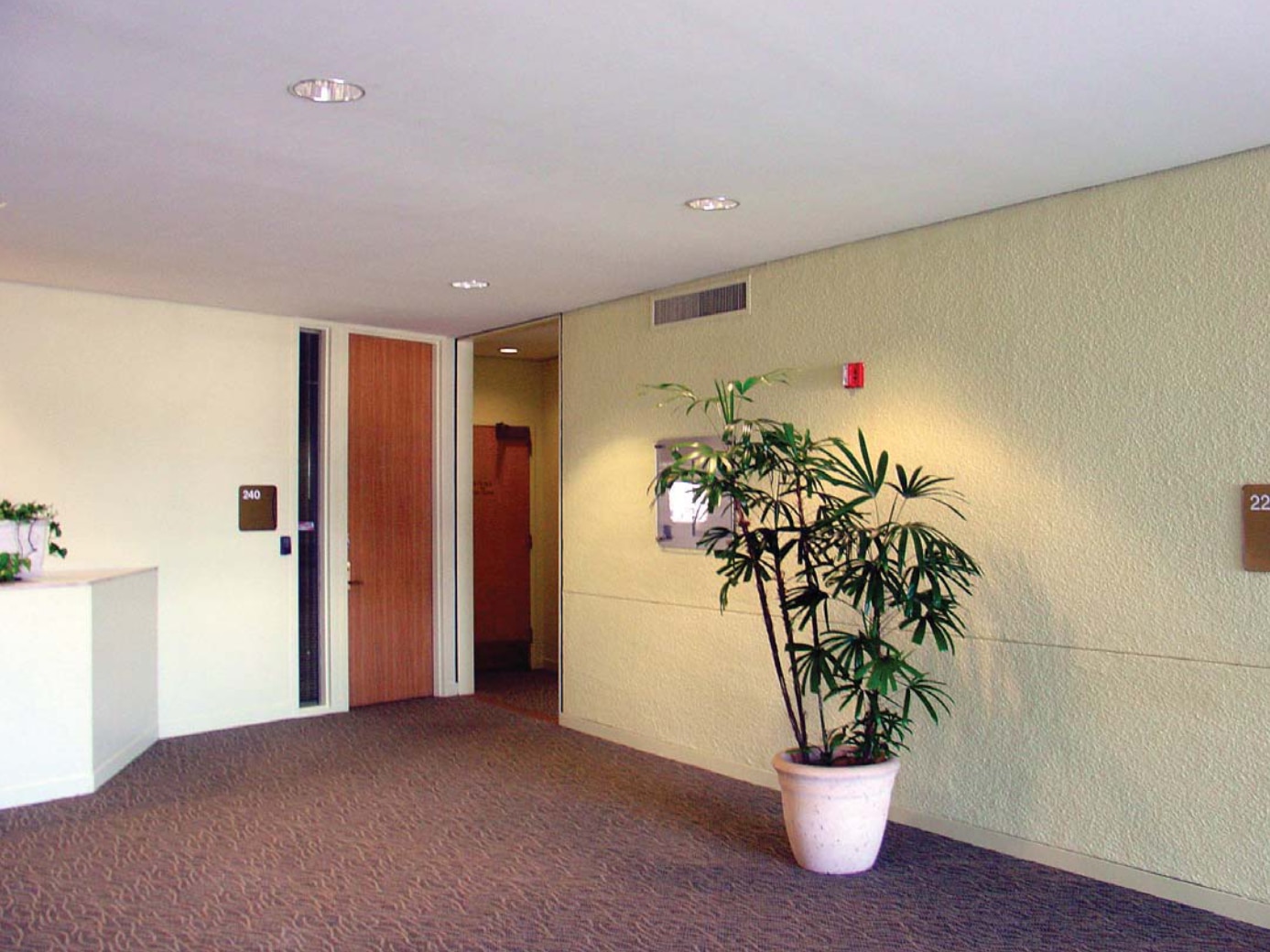 A capital improvement and marketing strategy was developed to update the building’s infrastructure and to find tenants that sourced employees from areas in the southern I-880 corridor. 80 Swan Way was surrounded by a sea of parking, close to major transportation arteries and two miles from Oakland International Airport, a perfect match for these companies.

The Equistone Partners principals, along with an affiliate equity partner, purchased the asset on the courthouse steps at a price of one quarter the cost of construction. We secured a technology company for the entire 2nd floor looking for exceptional office space and abundant parking for their employees and close proximity from the south I-880 corridor. Equistone Partners deployed an effective marketing strategy with the right product and amenities to attract established businesses to the asset. The largest conference room in the building was repurposed as a common amenity and a failed café was turned into a state-of-the-art gym. High speed wireless fiber was installed to provide the best connectivity for tech-driven companies. We updated the landscaping and added new lights to the parking lot, which was also cleaned and re-surfaced.

Equistone Partners completed multiple leases and stabilized the asset. The capital improvements, common conference room, gym and new tenancy breathed new life into the building. The accounting firm that occupied the top floor decided to move downtown at the end of their lease, which ended up being a fortuitous move for all. By that point we had secured leases for the remainder of the building, easing the impact to vacancy.

The newly renovated building was illustrious and the preeminent floor with outstanding views was now available for lease. The timing was right and the building was marketed for sale to target owner-users who wanted a high-profile top floor space, with other tenancy on lower floors allowing for expansion as leases expired. Owner-users with the intent of occupying 51% of the building typically are able to obtain SBA loans from the government at higher leverage.

A local company was in the market for an updated and partially leased building with space for its own occupancy. We delivered a deal that was a homerun for the new owner and achieved a return four times the initial capital invested for Equistone Partner’s investors, a win-win.